The Orange County Riptide’s front office consists of our General Manager, Assistant General Manager, Director of Baseball Operations, Director of Stadium Operations & Marketing and a group of seasonal interns. Success on the field is directly attributed to the hard work and dedication these individuals put in well before the first pitch of a new season is thrown. Learn more about each member of the Orange County Riptide Front Office below: 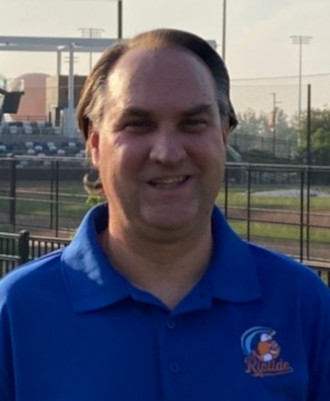 Moe Geoghegan formed the Orange County Riptide in 2015 and the Riptide joined the California Collegiate League in 2016. Geoghegan’s primary duties as the OC Riptide’s GM is to recruit players to play for the Riptide each summer and put the most competitive team on the field.

In two years of CCL play, the Riptide won the CCL Championship in 2017 and Geoghegan was named General Manager of the year by the California Collegiate League. Prior to starting the Orange County Riptide, Geoghegan served as Head Coach of the Orange County Scorpions baseball team, a collegiate wood bat club playing in the Western Baseball League from 1996 to 2001. As a head coach, he led his clubs to two top 10 national finishes at the NBC World Series. From those Scorpions teams, 18 former players were drafted or signed professional contracts. Six of those players played for Major League Baseball clubs.

Despite the OC Riptide’s relatively young age in the CCL, Geoghegan teams have never finished below .500 starting in 2017 and have seen numerous alumni go on and either get drafted or sign free agent professional baseball contracts. Geoghegan was born and raised in Southern California and grew up playing baseball in high school and college. An avid Dodgers fan, Moe lives with his wife Melissa and their four children in Rancho Santa Margarita, Calif. 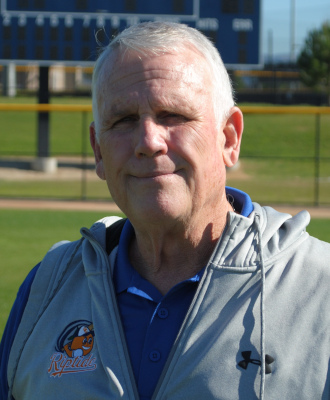 Brown is a Full Professor in the Department of English and Media Studies at Riverside City College located in Riverside, Calif. He is also the Principal of Tim Brown and associates, a firm of educational consultants specializing in basic skills, ERP end-user training and program assessment.

Tim Brown’s coaching resume is long and distinguished and Brown formerly served as the Head Baseball Coach at Riverside City College. Brown spent six years as the Assistant Baseball Coach and Recruiting Coordinator at UC Santa Barbara. During the summer of 1982 and while at UCSB, Brown was appointed by the USA Baseball to assist the Federación Ecuatoriana de Béisbol developing and promoting youth baseball. He traveled throughout the South American country conducting baseball skills clinics for youth baseball coaches. While in residence in Guayaquil, Ecuador, Brown also trained both players and coaches for the Ecuadorian Pan American and National Baseball teams.

Brown holds a B.A. Sec. Ed. from Arizona State University, a M.Ed. from UT Rio Grande Valley, a M.S. from California State Fullerton, and an Ed.D. from Pepperdine University. He currently resides in Newport Beach, Calif. 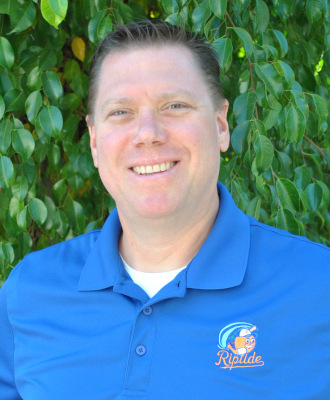 David Lamm currently serves as the Director of Stadium Operations & Marketing for the OC Riptide. His involvement with the Orange County Riptide started in 2018 when he and his wife, Jessica, hosted an Orange County Riptide player. That positive experience prompted him to become more involved with the OC Riptide Baseball Club. In addition to serving as the Director of Stadium Operations & Marketing, Lamm served as the President of the OC Riptide Board of Directors from 2020 to 2021.

An avid college baseball fan since his days as a collegiate undergraduate, Lamm has worked in a number of career fields since earning his Bachelor degrees from Cal State Fullerton (1994) and the University of Oklahoma (1997), Lamm has worked as the News/Sports Director for KOKL radio in Okmulgee, Oklahoma, Media Relations Manager for the National Hot Rod Association (NHRA), Golf Editor for Crittenden Research, Director of Operations/Marketing/PR for 24-7 Internet, Inc. and in Auto Sales for Claremont Hyundai and Ontario Hyundai.

Lamm is an entrepreneur and a business owner, creating websites, e-commerce sites and a mobile app that services sports fans. He also works as a high school football official and high school baseball umpire when not working for the OC Riptide. During the COVID-19 Pandemic in 2020, Lamm also became a FAA Part 107 certified drone pilot. During the 2021 football season, Lamm served as the official drone videographer for the Fullerton College Football team.

Lamm has attended the College World Series in Omaha, Nebraska twice (2007 & 2015) and enjoys all types of sports with college baseball and college football his two favorites. Lamm considers himself to be an avid griller/smoker and enjoys outdoor cooking and sharing it with others, especially when hosting college baseball players. Lamm and his wife Jessica live in Yorba Linda, Calif. and David has two children, Avery and Ryder, from his previous marriage. 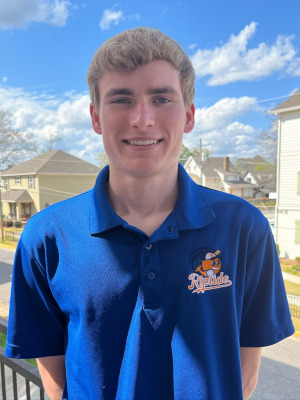 Russell Buffin joined the OC Riptide organization originally as a Sports Information Director in 2021 and will assume the Assistant General Manager position in 2022.Buffin’s role will be to assist General manager Moe Geoghegan in all aspect of running a successful summer ball club.

Buffkin currently attends the University of Alabama at Tuscaloosa and is a junior majoring in News Media with a concentration on sports media. He aspires to work in the professional sports world and eventually work for a professional sports team front office or a college or university athletic department. A native of Mobile, Alabama, Buffkin has previously worked as runner at a law firm.

Before enrolling at the University of Alabama, Russell attended high school at St. Paul’s Episcopal School. During his time there, he won a state championship on the football team and was one of the lead roles in his school’s presentation of the musical Oklahoma! his senior year. He also volunteered much of his time to serve his community by tutoring children with disabilities.

In his free time, Russell enjoys golfing and playing basketball. He also loves to ski and his favorite place to shred some snow is Jackson Hole, Wyoming. Russell is thrilled to rejoin the Orange Country Riptide in an expanded capacity and help the Riptide pursue another CCL championship.