The Orange County Riptide is proud to have a skilled and talented group of marketing interns helping to advance our goals. Simply put, we want everyone in Orange County to know who we are, what we do, where we play and what a great experience it is to become involved with the OC Riptide either as a fan, a sponsor, a host family or even a player.

Meet the 2021 Marketing Interns for the OC Riptide 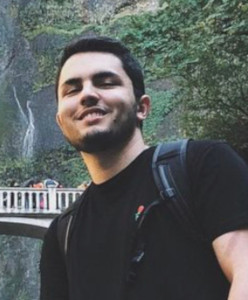 Matthew Byrne joins the Orange County Riptide 2021 Marketing Staff as a fourth year Business Administration major at UC Irvine with an emphasis in marketing and a psychology minor.

Originally from Bakersfield, Calif. where he attended Frontier High School and played baseball throughout his high school career. Matthew has a passion for baseball and he is a die-hard Dodgers fan.

In his free time he enjoys watching and talking sports, investing, enjoying the outdoors and kickboxing.

Matthew expects to graduate from UC Irvine this upcoming summer and hopes to pursue a career in the sports entertainment industry. 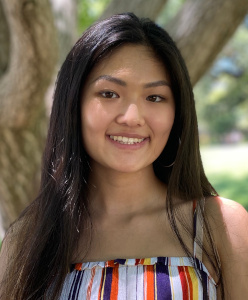 Diane Cai joins the Orange County Riptide 2021 Marketing Staff as a freshman at the University of Southern California. Diane plans to major in business administration with an emphasis on marketing. She will also minor in applied analytics and communication design.

Originally from Davis, California, Diane is involved with student organizations at USC. She serves as the marketing consultant for the Association of Innovative Marketing Consulting (AIM Consulting) at USC. As a member of AIM consulting, Diane has worked on a marketing campaign for the Asian American Drug Abuse Program (AADAP), an LA-based non-profit organization. As part of the marketing campaign, she worked as part of a team to conduct market research and utilize social media, developing a strategy to expand AADAP’s outpatient treatment program.

Additionally, she has interned at United Imaging, a Shanghai-based medical supply company. At United Imaging, Diane worked with an award-winning design team and learned about website design/ graphic design tools such as Adobe Photoshop.

In her free time, Diane enjoys dancing and painting, as well as sewing. She is also an epee fencer and ran cross country in high school. Diane hopes to get back into running in the future. 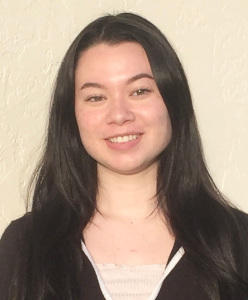 Keara Jacques joined the OC Riptide organization as a Marketing Intern in 2021 and is excited to learn more about both marketing and baseball. Keara is currently a second year Psychological & Brain Sciences major in the Honors College at the University of California, Santa Barbara. On campus, Keara is an inducted member of UCSB’s chapter of the American Marketing Association, a UCSB cheerleader, and Social/Marketing chair of UCSB’s Association of Multiethnic Persons.

Some of Keara’s most recent experience within the field of marketing includes participation in an annual marketing case competition for college students held by the American Marketing Association. Keara participated as a member of UCSB’s corporate research team for the ‘20 case competition, which was sponsored by the moving company, PODS. This experience allowed her to collaborate with other students in order to analyze statistical data about PODS and competitors, to suggest an improved marketing strategy. In addition, her work as Social/Marketing chair includes promoting events held by the Association of Multiethnic Persons across various channels of social media using original graphic design.

Aside from marketing, Keara has previously worked as an office assistant at Intero Property Management, where she was able to learn more about the industry of Real Estate. Additionally, she also volunteers as a tutor for at-risk youth with the organization Cub Support.

Keara is an avid sports fan and enjoys watching both basketball and baseball. In her free time, she enjoys watching sunsets on the beach, listening to music and experimenting with cooking. Keara currently resides in Isla Vista, Calif. where she is completing her studies at UCSB. 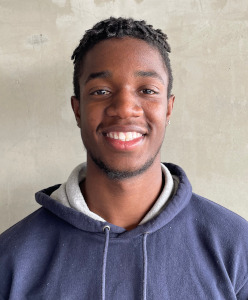 Justin is working towards receiving a bachelor’s degree in public relations with a minor in marketing. The love and ambition of selling poroducts and services drives him and he is seeking a career in marketing. An outstanding student at CSUF, Justin received Dean’s List honors at Cal State Fullerton his fall and spring semesters as a freshman year and landed on the Dean’s List again this past fall semester of his sophomore year.

Sports have always been a big part of Justin’s life which has driven him to pursue a sports-related job after graduation. Justin is currently a member of the Cal State Fullerton Track & Field team where he competes in the 400 meters. He was a top 10 runner in that event in 2018-2019 before coming to run at the collegiate level. In addition to Track & Field, Justin played numerous sports growing up, including baseball.

Born in Atlanta, Georgia but raised in northern California, he moved to California when he was
three years old and frequently travels back to Georgia every year. Justin grew up in Antioch, Calif. and raised by his parents Keisha and Anthony Lowe Sr.

Justin’s hobbies include collecting shoes, working out and spending time with friends. He has also coached youth track athletes for four years and mentored young athletes of differing ages. He continues to coach athletes in the summer. 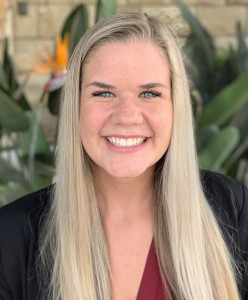 Tatum McGovern joins the Orange County Riptide 2021 Marketing Staff as a second year Business Administration-Marketing major with an Advertising minor at Chapman University. At Chapman, she is a member of the sorority Gamma Phi Beta where she is the Activities Chairwoman. While looking to pursue a career in the business world after college, Tatum is eager to apply her knowledge of marketing, social media, advertising and sports to help the OC Riptide succeed this upcoming season.

In High School, Tatum was Senior Class President and the DECA Communications Officer where she ran multiple social media platforms to inform students, staff, and the community about upcoming events and deadlines through fliers, hype videos, posters, and more. Diving into these roles is where she first developed a love for advertising and marketing, so she started her own scrunchie hair tie business primarily promoting the products on social media platforms.

Tatum is originally from a small town outside of Seattle, Washington where she grew up with an older sister and two older brothers. From being dragged along to baseball games for her two brothers, she developed an interest in baseball early on. Growing up, she played basketball for 8 years and volleyball for 12 years where she learned to be a leader and a great team player, all while meeting many great friends and traveling to many places along the way. Tatum enjoys creating videos, working out, sunsets, taking pictures, coffee, going to the beach, traveling, and spending quality time with friends. 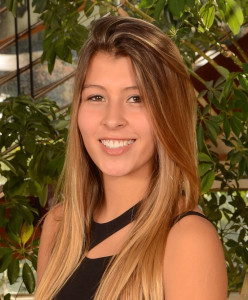 Valentina Ramirez joins the Orange County Riptide 2021 Marketing Staff as a sophomore at Chapman University studying Business with an emphasis in marketing and finance with a minor on data analytics. She is from Santiago, Chile where she graduated from the International School Nido de Aguilas.

Ramirez is a student full of energy who sees this internship as her first step towards her dream career. Overall, her international experience, adaptability, and bilingual abilities make her a valuable asset to the team. She currently resides in Anaheim and is expected to graduate in May 2023. 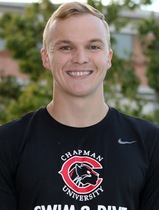 Willman also currently serves as captain of the men’s swim team at Chapman University. Prior to Chapman University, Willman spent two years at Mt. San Antonio College, where he earned his associates of arts degree for transfer in communication studies.

Willman’s career as a student-athlete is long and distinguished. He spent the last eight years as a swimmer at the high school, club, and collegiate level. As a swimmer for Mt. San Antonio College, Willman achieved All-American status and earned the Academic All-State award, which recognizes student-athletes for achieving All-American status while maintaining above a 3.5 cumulative GPA within the same collegiate season. At Chapman University, Willman was elected by his coaches and teammates to serve as captain during his second season with the team.

Willman was born and raised in Southern California, and currently resides in Orange, CA. His father Mike is the Director of Publicity for Santa Anita Race Track, and his brother Matthew is a member of the United States Navy. 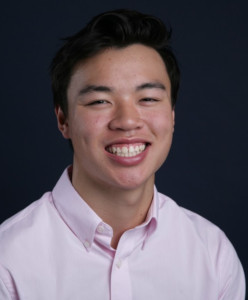 Blake Yasui joins the Orange County Riptide 2021 Marketing Staff as a Sophomore at Chapman University working towards a degree in Business Administration with an emphasis in Marketing and a minor in Political Science. Blake is excited to be a part of the OC Riptide Marketing team and is grateful for this opportunity!

Prior to becoming a Marketing Intern for the OC Riptide, Blake had the opportunity to work in T-Mobile Park, home of the Seattle Mariners, as a member of the ballpark operations team. There he had the chance to run the various ballpark attractions, handout promotional items, interact with fans and set up/tear down the ballpark for multiple events. Blake’s favorite moment when working in the ballpark was when he got to walk past Shohei Ohtani before a game between the Mariners and Angels.

Born and raised in Seattle, Blake is the middle son of Scott and Pamela Yasui. He has two brothers, Shane and Davis. Blake is an avid Seattle sports fan and can’t wait for the day when the Seattle Mariners win the World Series. He is a lover of the game of baseball and played the game in high school. When not focusing on his studies or working hard for the OC Riptide, Blake enjoys playing golf with family and friends, reading a good book and exploring the beauty of Southern California. 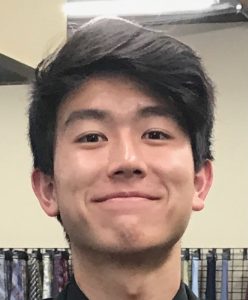 Ben Zhang joins the Orange County Riptide 2021 Marketing Staff as a Sophomore at UCLA majoring in Economics as well as Cognitive Science. Ben grew up in Southern California and moved to Southeast Asia when he was ten. Ben returned to the United States to attend high school. Ben is interested in pursuing a career in financial consulting and the field of behavioral economics. In joining the OC Riptide team as a Marketing Intern, Ben hopes to gain more experience in the world of finance as well as put preexisting knowledge on the subject to use.

Ben is also involved with CYC at UCLA, a consulting organization the performs pro-bono consulting work with startups in the LA area. Ben also started and serves as President of the club “Unmasked”, a peer support app that aims to foster community through anonymity for those struggling with mental health. In his free time, Ben plays the piano, listens to music and eat food, specifically chips and guacamole.