The Orange County Riptide is proud to have a skilled and talented group of sales and sponsorship interns helping to advance our goals. Our sales and sponsorship intern staff is tasks with finding national and local businesses that want to sponsor the OC Riptide to help improve the player experience while playing for the OC Riptide. Our interns are also responsible to assist in grant writing and seeking charitable organization for additional funding opportunities.

Meet the 2021 Sales & Sponsorship Interns for the OC Riptide 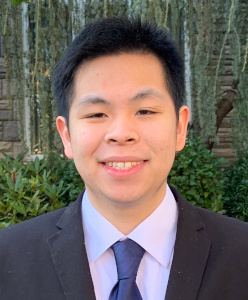 Benrence Chan joins the Orange County Riptide 2021 Sales & Sponsorship Staff as an undergraduate from Boston University majoring in Business Administration with a focus on Strategy and Operations. He is striving to become a consultant for businesses and wants to gain skills in business development by building strategic partnerships with clients and sponsors and hone analytical skills through learning more about Orange County, California from this internship.

Through this internship, he is hoping to continue enhancing skills in business writing and communications, as he is a strong believer that how a message is conveyed matters as much as a message’s meaning. He also likes to focus on how a business decision affects stakeholders rather than a business itself, as creation of value is his mindset in business.His love for learning about different cities, helping a company achieve their potential for business success and discussing sports are factors that led him to pursue this internship.

In his free time, he enjoys exploring cities, immersing himself in pop culture, watching classic thriller and drama films and rooting for his hometown teams. Benrence is a fan of the New York Knicks and splits his baseball loyalty between the New York Yankees and the New York Mets.

Benrence is excited to help the Orange County Riptide expand and serve college players looking to improve their baseball skills. 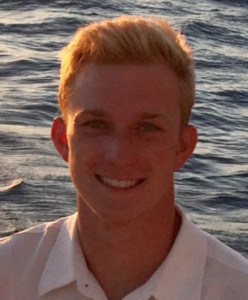 Jacob Fleck joins the Orange County Riptide 2021 Sales & Sponsorship Staff as a senior Interpersonal Communications major at Pepperdine University in Malibu, California. Previously, Jacob has worked in sales and customer service. These experiences were his first introduction to sales and what inspired him to pursue a major that focused on interacting with people.

His passion for baseball, paired with his enthusiasm for working with people are what encouraged him to begin working with the Orange County Riptide. With the Riptide, Jacob is excited to assist in raising capital for the team through sales and sponsorship opportunities.

Jacob is originally from the Bay Area, where he grew up with a twin sister, who also attends Pepperdine. Growing up playing many sports, his weeks were filled with traveling from one field to another,and when he wasn’t at his games or practice, he was at his sister’s.

At Pepperdine, he enjoys attending sports games and cheering on his fellow Waves classmates. He also volunteers on campus as a transfer mentor, assisting transfer students in feeling welcomed in their new environment. Jacob enjoys traveling, spending time with friends at the beach and cheering on the Boston Red Sox. 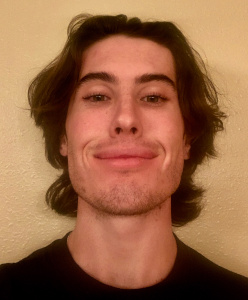 Cole McMahon joins the Orange County Riptide 2021 Sales & Sponsorship Staff as a second year Business Administration major with a minor in Technology Entrepreneurship at the University of Southern California. As part of his USC coursework, Cole has had the opportunity to work on marketing and sales projects for small start up businesses and ventures. Cole looks forward to joining the world of sports business and entrepreneurship after he graduates and is ready to help the OC Riptide in the meantime.

Early in his life, Cole was consumed with playing sports. Playing outside for fun eventually led to playing four years of both basketball and baseball in high school. Growing up with these experiences led him to combine his love for sports with his passion for business.

Cole is originally from Dublin, California located in the East Bay where he grew up with a younger brother and his two parents. His favorite team is the Las Vegas Raiders. Although the loyalty to this fan base brings him a good amount of heartbreak, he is confident that things are on the upswing and they will be on top soon. His other loyalties include the Oakland A’s and the Golden State Warriors.

Outside of sports and education, Cole enjoys spending time with friends, going to the beach, attending concerts and being physically active. 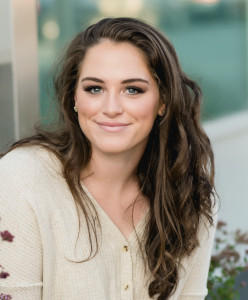 Madi Mello joins the Orange County Riptide 2021 Sales & Sponsorship Staff as a third year Strategic and Corporate Communication major with a minor in Business Administration at Chapman University. At Chapman, she is a member of multiple clubs including the beach volleyball club and Delight Ministries. Madi is looking to obtain her MBA upon graduation from Chapman and is hoping to pursue a career in sports marketing.

Madi was born and raised in a small California town in the North Bay Area. In high school, Madi was a volunteer for many organizations including buildOn and the Redwood Empire Food Bank. In the summer of 2017, she and a group of volunteers from around the country partnered with buildOn and built a school in rural Nicaragua. She also volunteered as a student leader at her local church for many years.

Madi’s love for sports, particularly baseball, started early thanks to watching and attending games with her family. Her favorite professional baseball team is the Oakland A’s. Growing up, Madi played basketball, soccer, volleyball, softball and practiced martial arts and gymnastics. The two sports she chose to pursue competitively were volleyball and softball which she played for 10 years. The many years spent on teams taught Madi lessons in dedication, discipline, leadership, and communication. Madi still enjoys playing pick-up games with her friends and members of the Chapman community to this day. She also loves to box, travel, paint, go to the beach, and spend time with her loved ones.

Madi is excited to bring all of the knowledge she has gained in both her studies and her years as an athlete to the OC Riptide Sales and Sponsorship intern staff. 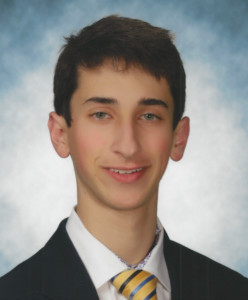 Sam Millen joins the Orange County Riptide 2021 Sales & Sponsorship Staff as a third year Advertising major in the media school at Indiana University located in Bloomington, IN. While attending Indiana University, Sam is a member of the Pi Kappa Phi fraternity where he holds various leadership roles. In addition, Sam continues to be an active member of the American Marketing Association and is heavily focused on his relevant coursework to include a wide array of both digital and marketing media and advertising.

Prior to this role with the OC Riptide, Sam held two prior summer internships that allowed him to work on promotional and marketing activities that included market research for both a medium sized marketing company and a design firm.

Sam grew up in Gaithersburg, Maryland, a suburb of Washington, DC and has one younger brother. In his spare time Sam enjoys the great outdoors and loves to snow ski as well as following his Indiana University Hoosiers sports teams to include both football and especially baseball.

Sam always had an appreciation for baseball as one of his closest childhood friends is pursuing a professional career in baseball and hopes to be selected in the MLB Draft in 2021. Sam is a self-starter, team player and loves to be around people – this is where Sam is at his best. He is committed to making this year the best year ever for the OC Riptide. 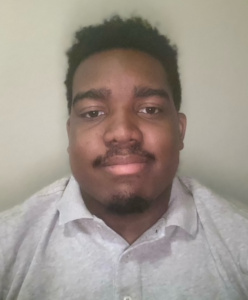 He was born in Long Island, New York but was raised in the small town of Canadensis, Pennsylvania. He is also the youngest of four children having three older sisters.

Jack Van Denburg joins the Orange County Riptide 2021 Sales & Sponsorship Staff as a third year Business Economics Major at Northern Arizona University. While at NAU, Jack was a snowboard instructor at Snowbowl Resort where he taught all ages how to snowboard. Jack has also volunteered at High Country Humane where he has fostered puppies before adoption. ​
​
In High School, Jack played lacrosse for three years and golfed for one year. Jack learned a lot about leadership and responsibility from his coaches and peers and is very grateful to have played team sports in high school. Jack also interned at Lantern Bay Realty his senior year of high school which led to him to pursuing a Business Economics Degree. Jack would like to work for a Major League Baseball team after he completes college.​
​
Jack was born and raised in Orange County, California where he grew up with an older sister and older brother. Jack played baseball, lacrosse, football, and hockey growing up. Jack’s love for baseball came in high school when he went to watch the El Toro High School games.​
​
In his free time, Jack enjoys going to the beach, snowboarding, hiking and anything involving the outdoors. Jack is excited to be a part of the OC Riptide organization and can’t wait to help with their success in gaining sponsors for the 2021 season.