The California Surf Baseball Club is committed to providing a positive environment for young men who aspire for a higher education and to pursue professional baseball within the framework of collegiate competition. Our sole goal is to provide player growth and development opportunities within a highly competitive environment.

The California Surf, in line with the Orange County Riptide organization, is committed to maintaining a foundation based on teamwork, goodwill, relationships, hard work and ethics with the goal to develop players in education, sports and in life. 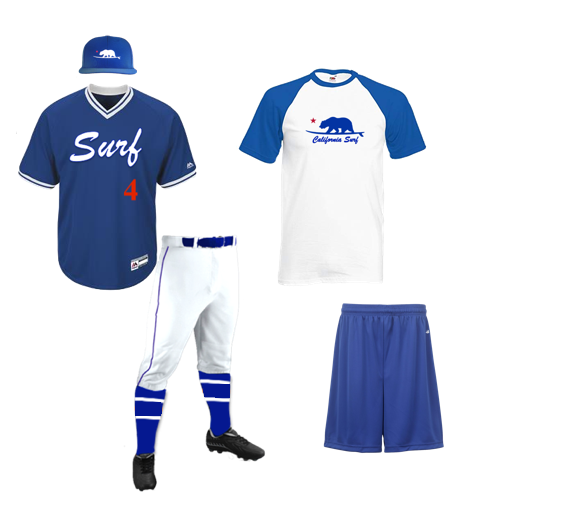 The California Surf is an elite summer college baseball team with an affiliation to the Orange County Riptide, member of the California Collegiate League (CCL). The Surf specifically competes at the college level and prepares players for professional baseball.

The California Surf Baseball Club provides a premier player environment, focusing on competing and development. The Surf will provide players an outstanding environment for learning, developing, improving and obtaining confidence in baseball skills and abilities and in life outside baseball.

The Surf is committed to providing all players participating a fair amount of playing time, plenty of opportunity to enhance baseball skills, highly competitive baseball as well as enhance performance. The Surf will participate in 30 regular season games in the summer of 2020. The 30-game season gives players ample opportunity to sharpen their skills all while not taxing their bodies after competing in a full college season in the Spring. The schedule allows players the flexibility to go to summer school or even get a summer job.

The Surf moved back to playing as an independent college team to allow the team to play more games against CCL team and to have a more flexible schedule. Through the years, the Surf has seen players go from the Junior College ranks and earn scholarships to Division 1 universities. Several former Surf players have return to their respective colleges to become All-Conference players and All-Americans. The goal for the California Surf is to develop players to the point they can earn a roster spot for DI, DII, DIII or NAIA schools or return to their colleges as a better player.

California Surf players come from the Southern California area and can provide their own housing and transportation to games played locally.

Players who are interested in playing for the California Surf, contact our staff at using the form below. Please include your name, school you play for, hometown, position, most recent season statistics and any additional pertinent information that will help us determine if you will be a good fit to play for the California Surf.

Roster spots are limited and we anticipate the roster to fill up quickly.