IRVINE, Calif. – The Orange County Riptide Baseball Club has officially released its 2022 schedule. The Riptide will play 40 games this summer; 18 at OC Great Park and 22 on the road. The Riptide open the 2022 season at home, Tuesday, June 7 vs. the Ventura Pirates. The first official California Collegiate League (CCL) game features the Riptide hosting the Arroyo Seco Saints on June 10.

The majority of the 18 OC Riptide home games will start at 6:35 PM with five games scheduled for Sundays at 4:35 PM first pitch.

The 2022 OC Riptide squad, under first year Head Coach Tim Brown, will play two non-conference contests before the games count towards the CCL standings. Opening night, the Riptide host the Ventura Pirates on June 7 and the following day on June 8, the San Diego Waves will make a visit to Orange County. 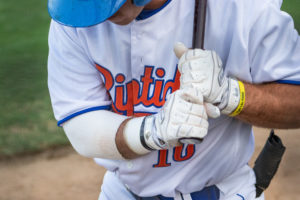 The Riptide will hit the road in 2022 with a trip to Northern California to face two CCL Northern Division teams. Starting on June 24, the Riptide will play the Sonoma Stompers up at Arnold Field. (The Sonoma Stompers are the latest addition to the CCL, bringing the league team total to 11; six in the South Division and five in the North Division.)

The following day the Riptide will make the roughly 50 mile trip to take on the Walnut Creek Crawdads at Louis Guisto Field on the Campus of Saint Mary’s College in Moraga, Calif. The following day, the Riptide head back to play the Stompers and finish the road trip playing the Crawdads on Sunday, June 26. 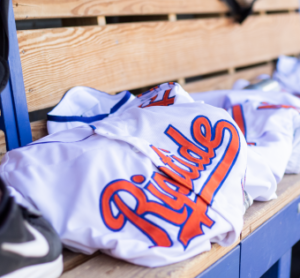 The OC Riptide will look to close out the season strong at home vs. the Conejo Oaks on Sunday, July 31 in the final game of the regular season. Should the Riptide qualify for the CCL State Championship Tournament, those games are scheduled for Thursday August 4 – 6 in San Luis Obispo.

All 2022 OC Riptide home games at the OC Great Park include free admission with free parking available. Home games also feature a food truck serving hot food and back for a second year, the Party Deck, serving beer, wine and seltzers to those Riptide fans age 21 and over.

Keep on eye on social media and visit OCRiptide.com frequently starting on Monday, February 7, 2022 for announcements of players signed to play for the Riptide in 2022.